So when I do decide to excercise the art of time-killage, I like to do it properly. But as for the piece of crap, travesty remake of one of my personal favourite Horror movies of all time, Carrie, all I can say to adequately encompass my feelings here is…. Just so you know, to further contextualise and set the stage of my internal battle with Eish-ness as it relates to this topic, I am not allowed to watch Horror movies at just any given time. A former Horror movie junkie, who grew up on Freddy Krueger and lists the Alien anthology as his favourite movie of all time, it is a different state of movie loving I now engage in, for you see, my Mrs does not dig them.

So there we were, with time available, and a selection of movies to watch…. And so we put it on — but in a bad judgement call of note, I opted for the new version… I know, shame on me, I should have known better…. Sorry Hit-Girl, looking down with furrowed brow and slightly parted pouted lips do not a Carrie make, never mind the awkward gesticulating of your brand of telekinesis. The miscasting in this movie is astonishing… half way through the movie, the cringeing was unbearable.

Julianne Moore and I am somewhat of a fan just not camp enough Piper Laurie who at this point was an out of work actress was now also an Oscar Nominee for her turn as Margaret White. Why I ask you? Why must Hollywood beauty pageant a small town horror tragedy of the most epic of proportions.

Only solution? Dig out the original and watch it immediately, the way it should have been, and the verdict?

Hands down! But seriously! The original Carrie is one of the greatest Horror masterpieces of all time.

Born from the mind of one of my favourite creative geniuses, Stephen King, the breath of movie magic into his masterpiece is sufficiently retro as to remain relevant in its original state. The Brian De Palma touch of magic, paired with the casting of Sissy Spacek and Piper Laurie, result in a movie is and that rests timelessly within its perfection because of its symptomatic existence as a product of its time and age. The plainness of Carrie and her arrival at the prom in her glowing plainness; this is never a Cinderella story.

Read the Review here…. For my second movie review in which I am revisiting my movie reviews from a previous blog I was involved in, I am taking a trip to the comedic genius that is Don Jon. And then I really enjoyed it. And then I was sad that it was all over.

So then I showed it to my fiancee. And then I enjoyed it all over again. And she enjoyed it which is a win because she falls asleep in movies, Grrr, she made it through though.

But then I was sad all over again that it was all over…. Confusion follows before the naff reveal, which is laughably realised but credited with a nice little exposition from the killer before the final twist is played out. The motive will be familiar to those of us who saw a certain genre revival flick some 15 years later, where it was slightly more credibly realised, though not as much fun. The DVD release for this film has garnered much complaint for switching the gorgeous score for a cheesy disco number at the start.

I love the Canadian casting love-ins!

hukusyuu.com/profile/2020-01-16/handy-spion-app-android.php The execution by electric chair of psychopathic killer Jonathan Chambers Binkley coincides with the suicide attempt of depressed high-schooler Sara Henderson , whom everyone is calling a slut for the usual schoolastic reasons. Or something. Alas, a big body count does not a good film make and at least two thirds of the film are made up of the whittled down group of survivors hobbling up and down corridors, looking for hiding places, and performing a fucking blood transfusion in the dark with the aide of one nurse.

Plenty of arterial spray on show, including an operating theatre massacre where Chambers manages to do in half a dozen people in about two minutes. 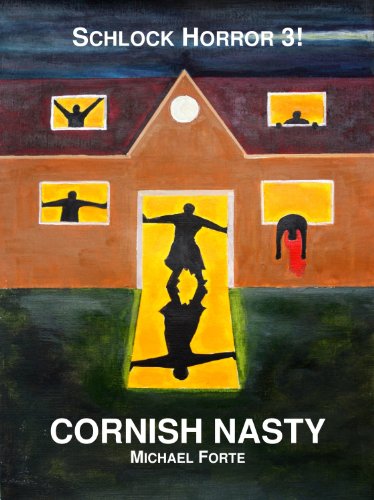 Message: traditional sorta guy WLTM budding Canadian twentysomethings for heart-removal surgery with pick-axe in non-clinical surroundings. Quirky SOH essential! Bloody hell, this is gonna be a long night. Watch the release trailer here. One night, she is visited by a flying saucer outside her house.

Australiens , above all else, is funny. The film delivers an abundance of great lines as well as numerous running gags that never get tired. Australiens works, despite the excessive run time, because of its delightful cast of characters portrayed with zest by talented actors. Andi, played by Rita Artmann, is my favorite! Andi is feisty, fearless, a little bit crazy, and a whole lot of adorable!

Cam, played by Tamara McLaughlin, is adorable, too! Oh yeah, the guys are terrific as well! Andi asks her dad Dennis Paul Adams if he has any adrenaline-pumping music. I certainly do, and Amazon knows it because it threw this one at me earlier in the week. In the gloriously absurd tradition of Spaced Invaders and Mars Attacks! Aliens invade Australia and nowhere else. Their spinning saucers rain destruction on the cities. Lots of pew-pew and explosions.

But what does it all mean? Did she just crash that flying saucer with her mind? Hilarity ensues. Unfortunately for our heroes, the aliens can look just like us. Sort of like us. But greener.

And twitchy. Looks like the gang might have been infiltrated by an alien imposter. Surely you do not suspect John? It gets funnier from there, all leading up to a final denouement that is as ridiculous as everything that came before. The series of reveals somehow manages not to overwhelm the viewer, which is impressive because there are four or five big ones in a row. I was surprised when I sat down to watch this movie a second time and realized it was two hours long. It feels like 80 or 90 minutes.